As a firefighter we are called out to settle disputes between neighbors who are unhappy with each other about a warming fire on a cool night when one has their windows open, or somebody smoking or grilling food and the smells permeate their neighbors homes. We usually ask them to work it out and leave them be unless it is a no burn day due to pollution. Most of the time a common-sense solution is there to be found.

With homeownership comes a neighborhood, oftentimes including some surrounding neighbors. There are lots of things neighbors can do to tick off those living nearby, and it’s not always noise related. According to a new survey of 1,010 Americans conducted by Porch.com, the top neighbor complaint is intruding on the privacy of others.

“Nosy neighbors were the absolute worst of all, whether that included overly talkative meetings at the mailbox or just a general invasion of privacy,” researchers note.

Some neighbors also have the potential to hurt a home’s curb appeal, the survey finds. Forty-five percent of men and 43 percent of women surveyed say they’ve had a personal experience with a neighbor who hurt their curb appeal.

“Coming home and seeing your neighbor’s property in disarray can be aggravating, but it can also be costly,” Porch.com notes in its findings. “If you ever try to sell your house and your neighbors aren’t doing a good job taking care of their own, your property could lose value. The same is true of lawn maintenance. More than keeping your grass watered or the trees trimmed, proper landscaping can help increase property values as well.”

View the chart from Porch.com to learn the 10 most annoying habits of neighbors. 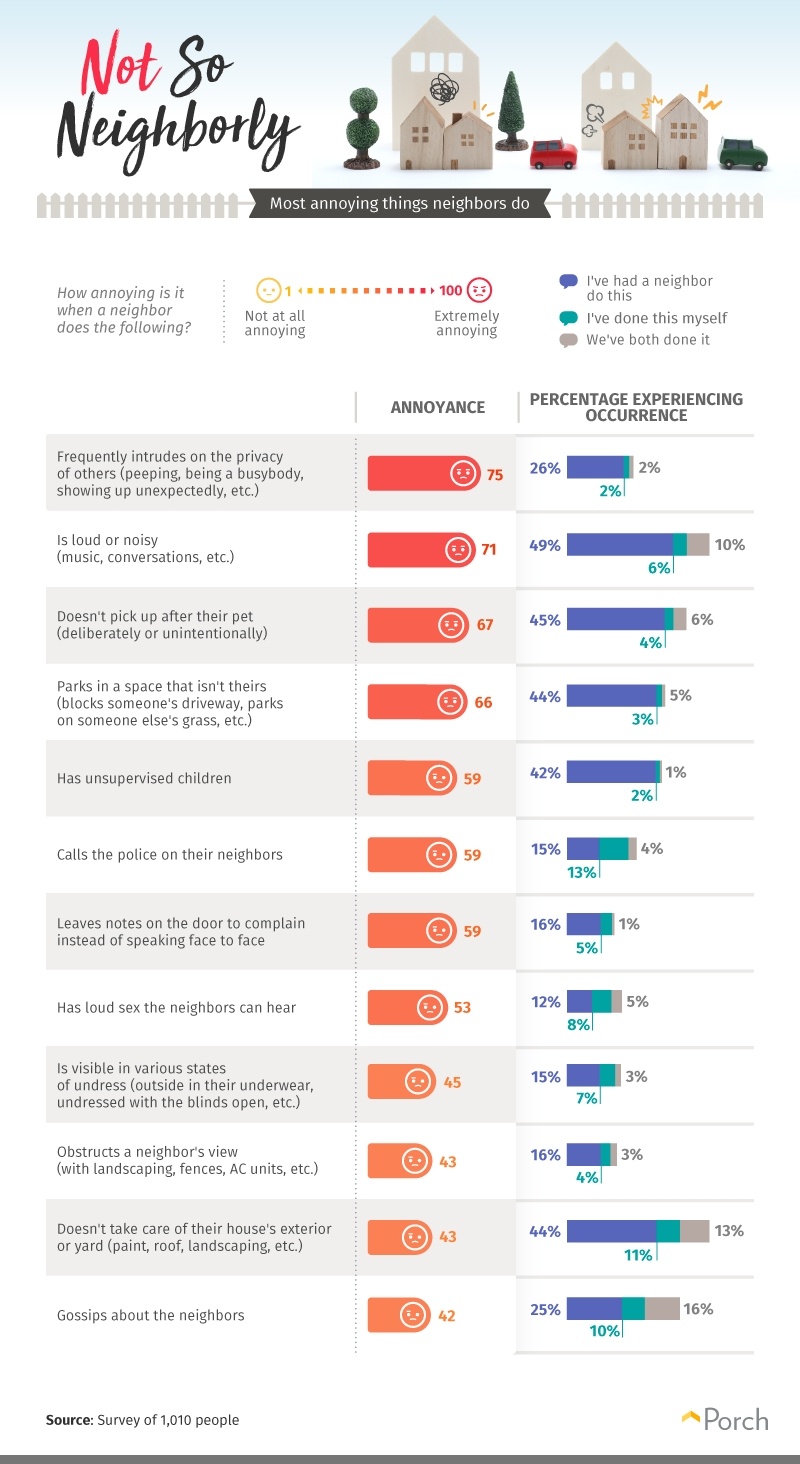