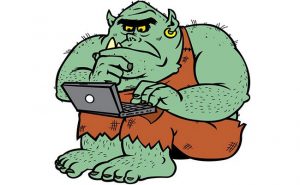 Did State Farm jack your deductible up from $500 to $5000 without your knowledge?

He’s lurking in the dark damp corner, beneath your home just waiting to take a big bite out of your family’s budget. He’s the Deductible Troll and he’s getting bigger and fatter every year. Did your State Farm agent inform you that your trusted homeowner’s policy has a percentage deductible? Did he explain that every year your coverage increases with inflation protection, and coincidentally so does your deductible? Or did the Troll catch you by surprise when he sprung that old water pipe beneath the foundation causing thousands of dollars of damage? And suddenly you found out that seemingly harmless little % sign actually meant big $.

Meet my friend Joe, like so many trusting young professionals he called up the company his parents had all his life and assumed they’d offer him a quality home policy for his first purchase. After saving for almost a decade, Joe was thrilled to finally be able to afford his dream home. But, what Joe didn’t know was that the home policy he just received by email had a nasty little percent sign designating his deductible. With a dwelling coverage in excess of $450,000, that cute little sideways snowman was actually the Deductible Troll looking for a way to steal almost $5,000 from him at the first claim. It wasn’t until Joe reached out to me, his good friend and local independent insurance agent, that he realized exactly what this quote involved. We set Joe up with a quality Guaranteed Replacement home policy from Metlife with a manageable $1000 deductible for less than what the competition was quoting for a capped extended replacement policy with a nasty deductible.

I Hate the Troll, Help Me!

Not cool man! If you’re unhappy with the fact that your paying the same premium for a moving deductible as your friend who has a set deductible, then be like your friend and call me today. Together we can kick that nasty Troll to the curb for good!